I bought this DAC off a seller on Facebook Marketplace.
Rather foolishly, I didn't take any means of testing the DAC as I assumed the seller would have a working HiFi system where I could test it.
Sadly - this wasn't the case, so the only testing I could do was to power the DAC up and select the various functions to ensure it was at least working that far...
After getting it home, I eagerly connected it to my HiFi system only to be met with slightly odd sound on the left channel, and loud clicks and popping on the right channel (this eventually triggered the overload protection on my power amp).
Further investigation revealed that there was 6vDC on the right channel, 0v on the left but as above - the left channel just didn't sound right.
I messaged the seller right away to let them know the DAC wasn't working properly, but of course... No reply...
By this time it was late evening, so I left it to the next day to message the seller and request a refund. The seller did respond this time informing me that the money had gone as he was in debt and had outstanding bills to pay - so here I was - left with a rather expensive doorstop...
I began fault finding the DAC and found that the DAC chips (AD1955) seemed to be fine and that the problem was further on in the analogue stages.
Following some really useful info provided by a (Facebook) DIY Audio group member, I learned that there were issues with the OPA1632 differential OPAMP during manufacture - the OPAMP had been allowed to lift off the board during flow soldering - and here's the problem - this OPAMP runs hot and requires a heatsink which is soldered to the underside of the board, so if the OPAMP doesn't make proper (physical) contact with the PCB it overheats and then destroys itself.
So I pondered about replacing the (surface mount) OPA1632 - and lacking the equipment to do this, I took a different route to solving the problem.
I downloaded the AD1955 datasheet and used the reference I/V converter circuit for which I designed and had some boards manufactured (pictured below).
I removed most of the analogue stages and retrofitted my boards and now have a working DAC (but without balanced outputs which I had no requirement for).
The factory analogue stages are over complicated in my opinion anyway, and there are a few questionable design decisions, including the use of servos with no limiting diodes, an OPA2134 as a servo driving a 57 ohm load (which made the OPAMP get rather hot...).
My final design used a pair of OPA134 OPAMPS for the main I/V stage and an NE5534 for the filter. I did try NE5534s in place of the OPA134 however the OPA134s reduced noise by about 6dB or so which surprised me. 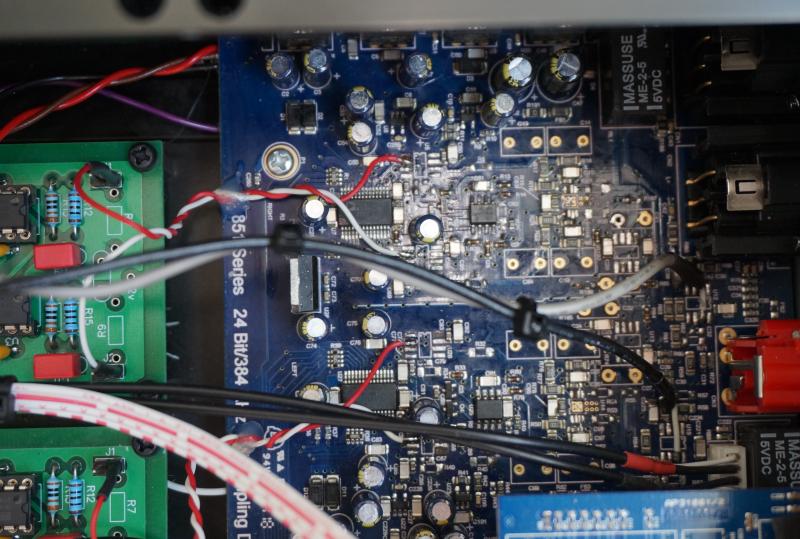 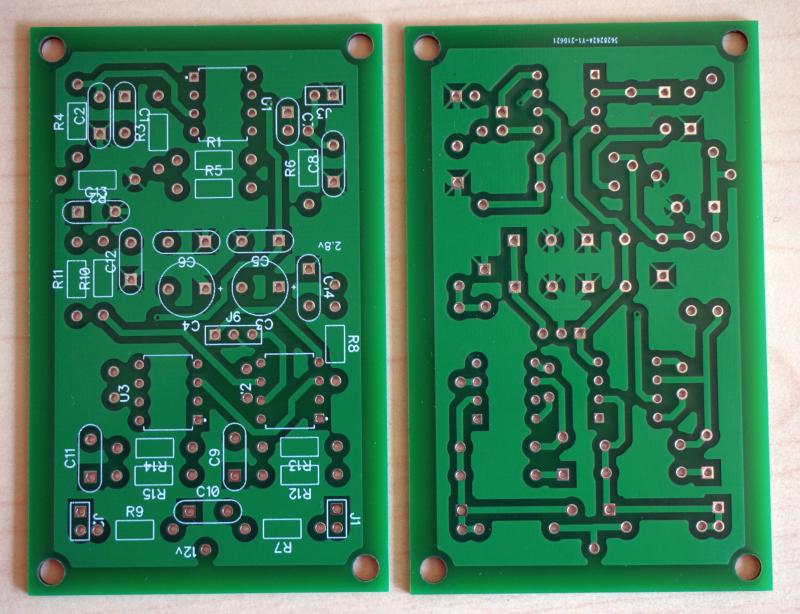 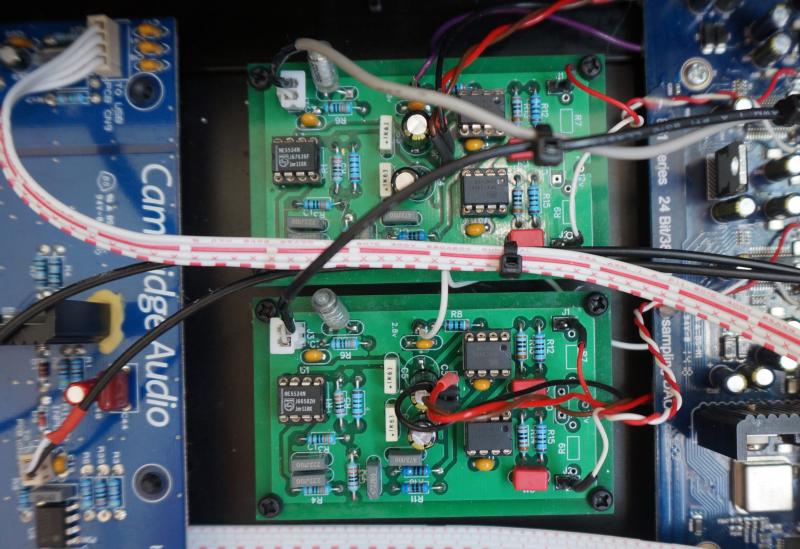 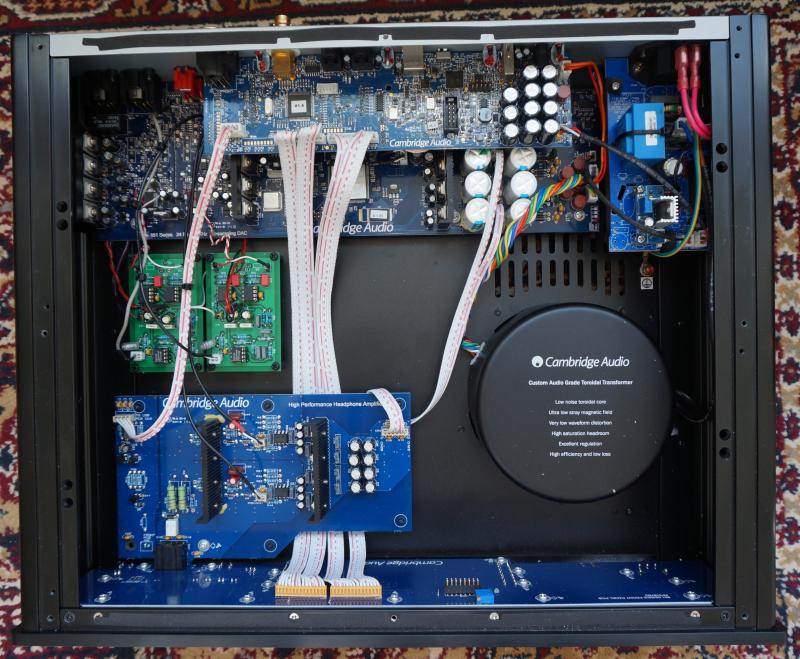