Several years ago, I bought a NAD 2200 power amp. I had always thought this amp was capable of better performance, and after a few modifications, I found that it certainly is. The first mod was to remove the input bridging circuit, which consisted of what appears to be a rather nasty opamp based design.
I also hardwired the "soft clipping" circuit (in the off position), as well as changing a few capacitors in and around the input and feedback circuit. I removed the bias adjustment presets, and fitted some 1% resistors "adjusted" to the correct value for the biasing. I removed the speaker relays, and cleaned all the contacts, and also hardwired over the PCB tracks from the speaker connections to the relays (which are prone to failure - the PCB tracks also crack), and then from the relays to the output sockets - which have also been replaced with 4 sets of gold plated binding posts / 4mm sockets. I will upload some pictures of this in due course.
Suffice to say, the above actions transformed that amplifier. We have compared it to various amplifiers, such an Exposure 28, Rotel RB971mkII, Aura PA200 and others (I realise some of these amps are not in the same class) - and the modified NAD has proven to be as good as any of these amps. I can say for certain, that the biggest improvement was eradicating that bridging board. 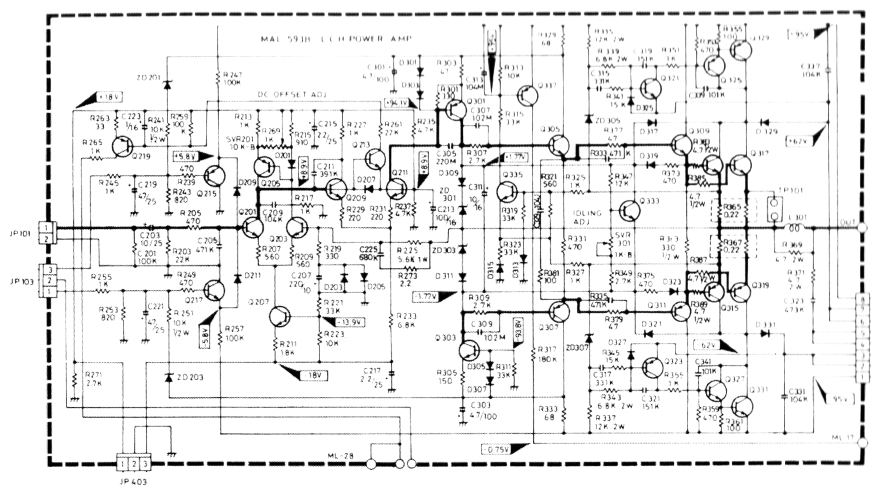 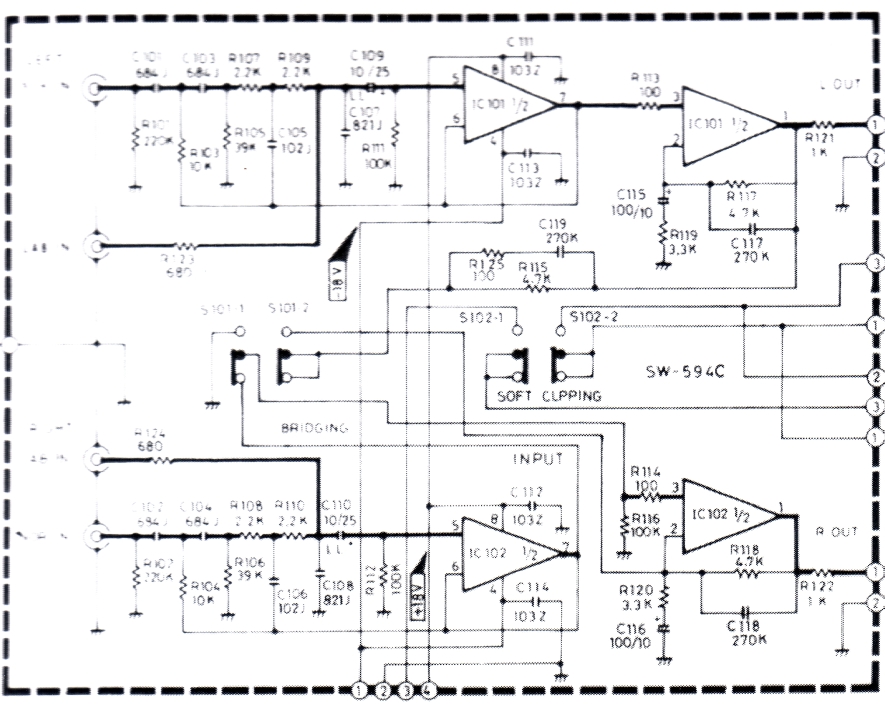