Audio test and measurement on a budget

I'm currently using PC software applications to make audio measurements.
For ADC hardware, I am using an Asus Xonar Essence STX sound card, along with an Asus Xonar DX card (in another PC).
I also have an Alto Audio Olivine 2 USB ADC.
I built a simple opamp stage (2x gain) to sit in front of the sound card both to provide some (small) protection to the sound card, and also to enable me to control levels in hardware, rather than using the software controls.
In addition the buffer box, this DAC is another part of my audio testing chain.
I use this to generate test signals along with WaveGene.
This is based on a basic bare board off Ebay, with a Cirrus 4398 DAC chip.
I have customised the PSU as I didn't want to use an internal transformer here , so once again I used DC-DC converter to provide power.
The PSU chain is: 12v wall wart --> 8v regulator --> DC-DC converter --> DAC.
The vRef for the DAC chip was originally derived from one of the 12v regulators that supply the OPAMPS - (this was then fed to another 5v regulator) but I separated that off and used a low noise 5v regulator which I installed in between the smoothing caps (had to drill some holes in the board).
I also added a small board with capacitor coupling and series output resistors, as this DAC has a tendency to put 3v on the output when no signal is applied.
This DAC is driven by a 'Breeze Audio' CM6631A USB to SPDIF converter.
The DAC board is the same as this kit (I bought only the board with SMD chips presoldered).
I have posted **basic** schematics (no values) of the input buffer box.
There's no protection incorporated here, as 99% of my work is small signal stuff.
I have a dummy load for testing power amps, and that incorporates some protection.
The circuit is just a basic overview with no values given - those are left to the individual to work out. 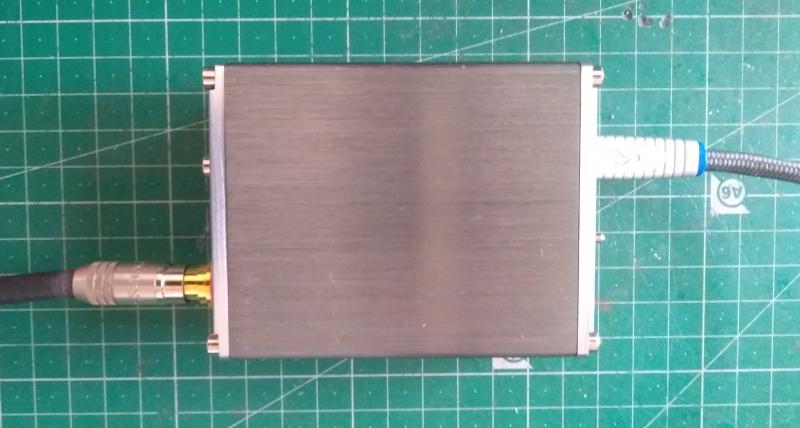 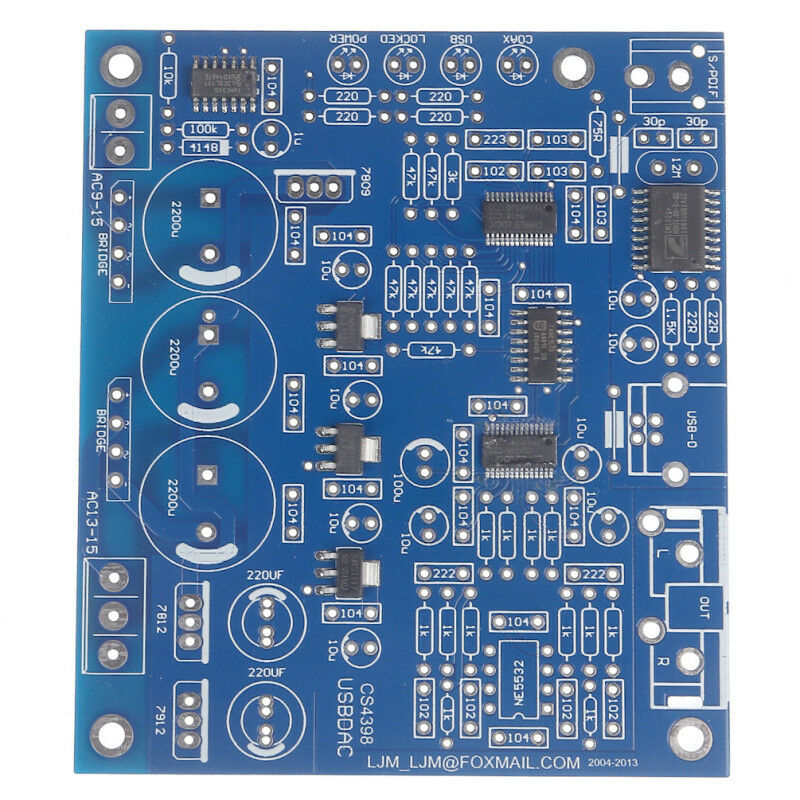 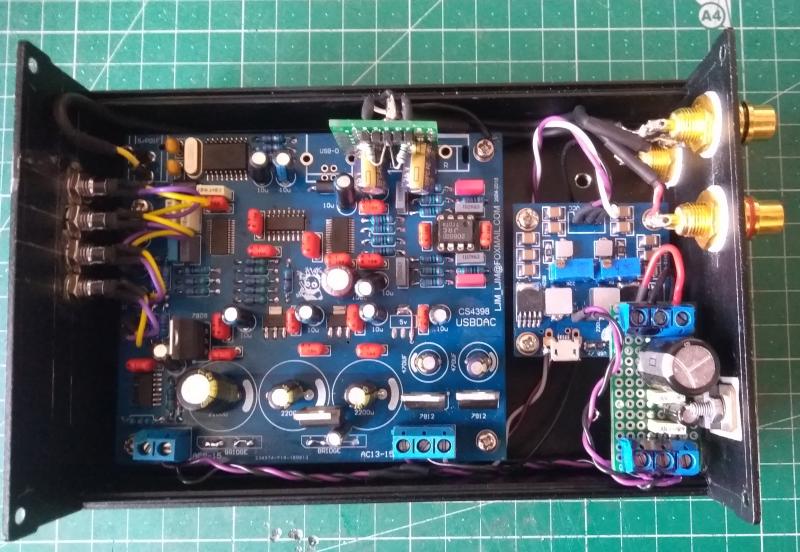 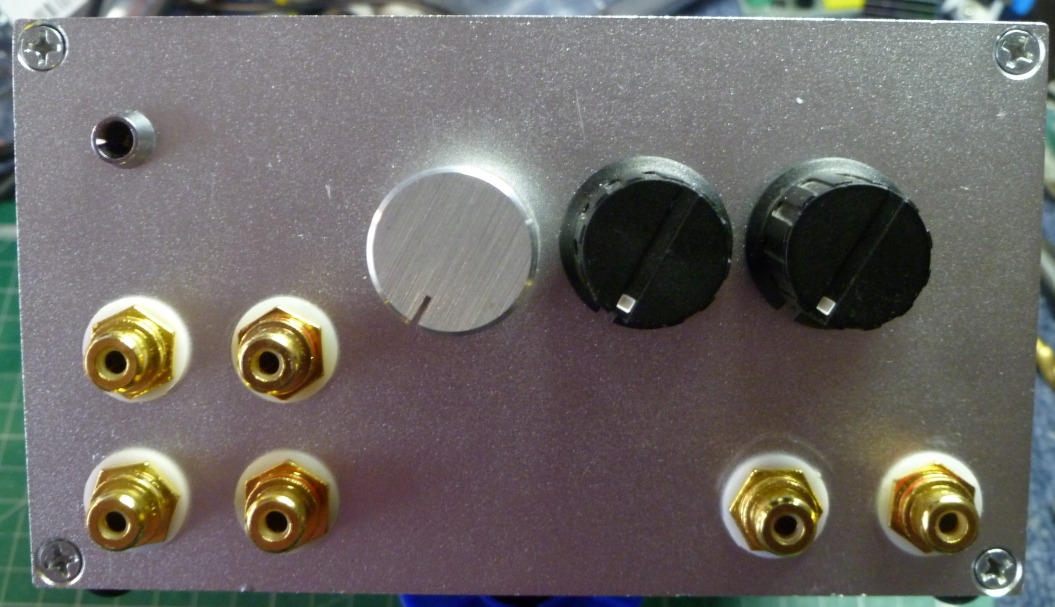 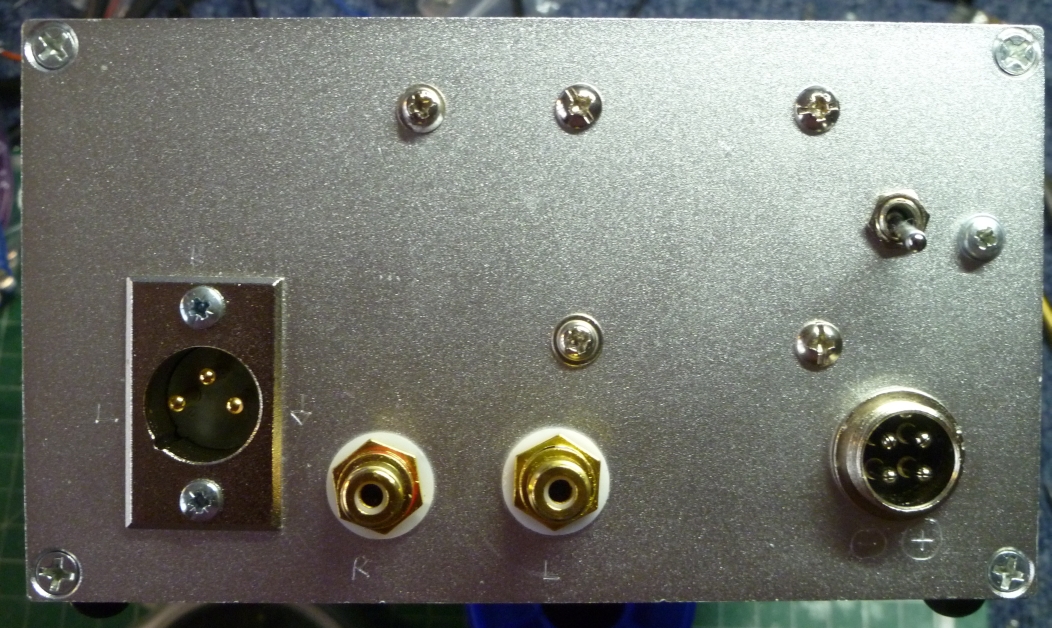 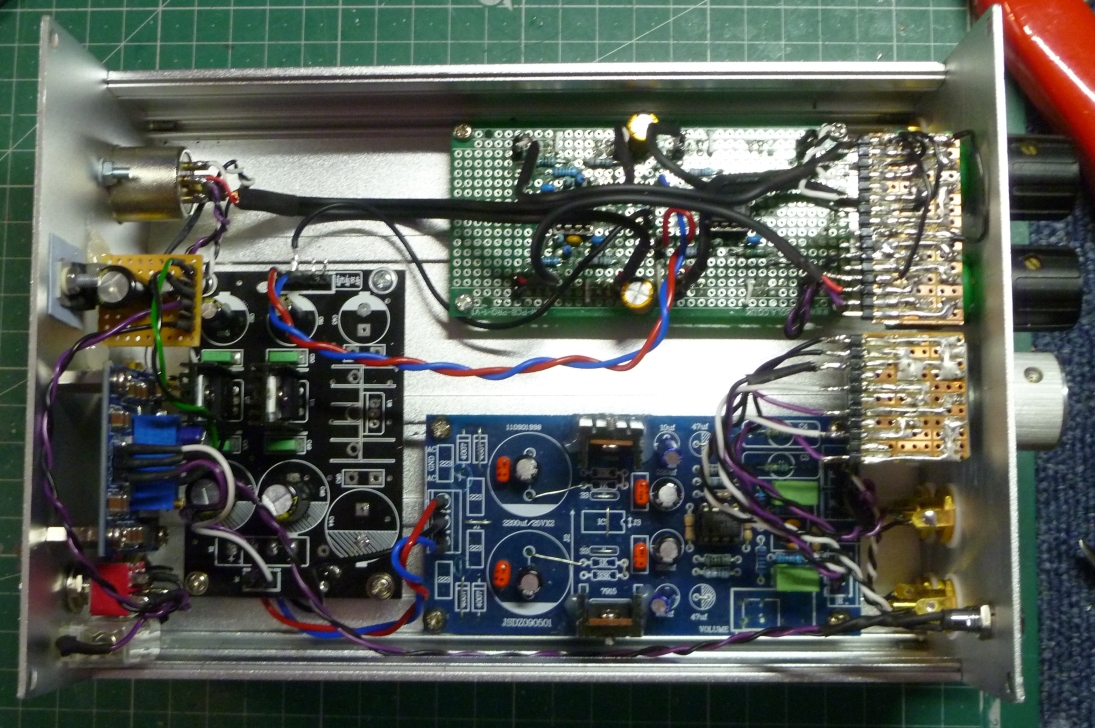 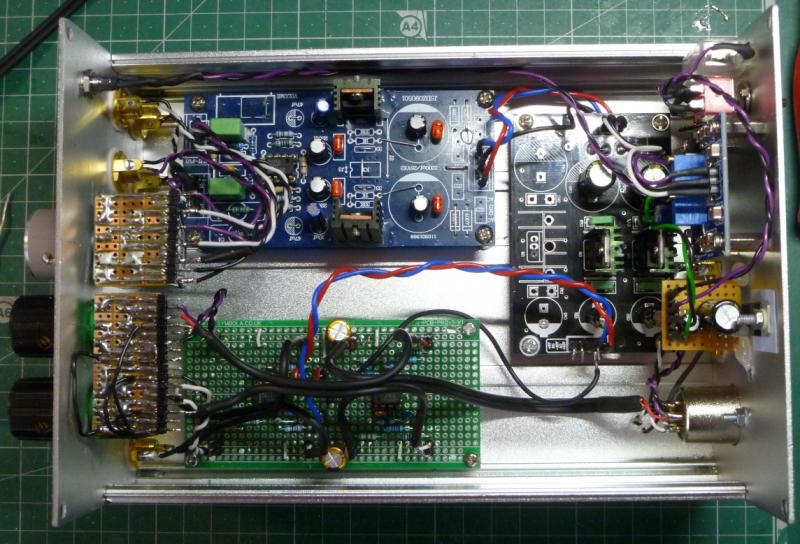 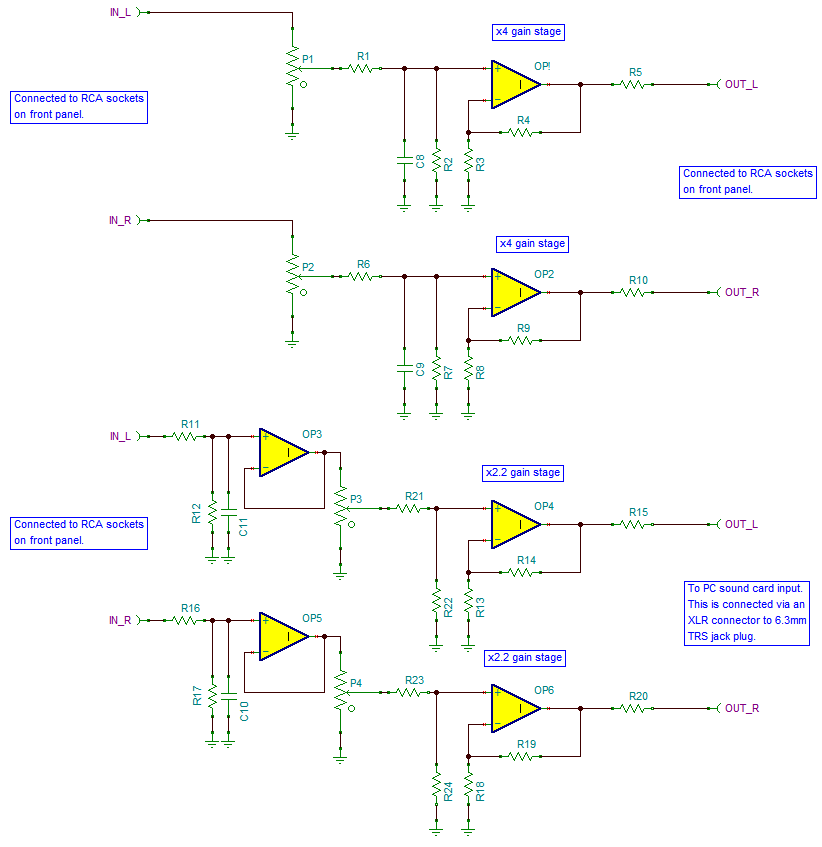 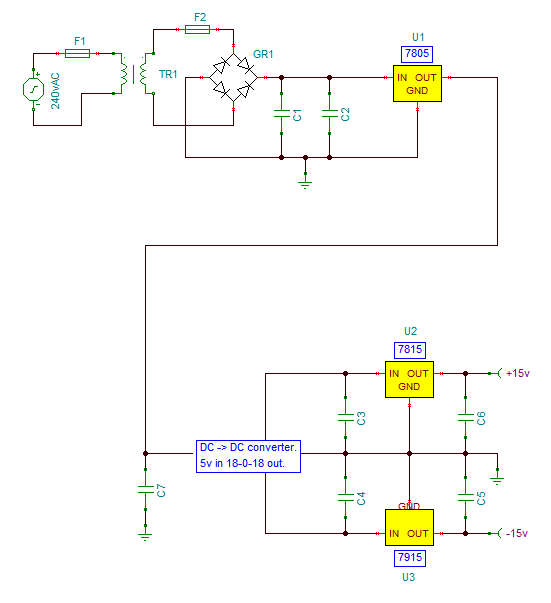