Having read so much about mains filtering and how it can improve your HiFi, I decided to try one for myself.
But rather than spend a large amount of money on something that may not have made much difference, I decided to build one myself using parts out of a faulty UPS I had.
The UPS was an APC 3000 (2700w) so this filter should be quite capable of handling the power requirements of the average HiFi system.
It took a fair amount of cutting to extract the relevant part of the PC Board (the PCB was really tough) however once I got it out it was easy enough to wire it up and place it in an aluminium box from Maplin Electronics.
I can't really be sure if it made any difference to the sound, but at the same time it hasn't made it worse!
No, really, I'm not going to launch into such lines as "the blacks were inky black" and "the silence was improved" blah blah.
My belief is that if the power supplies built into the various HiFi components are competently designed in the first place, they should filter out any mains noise anyway. 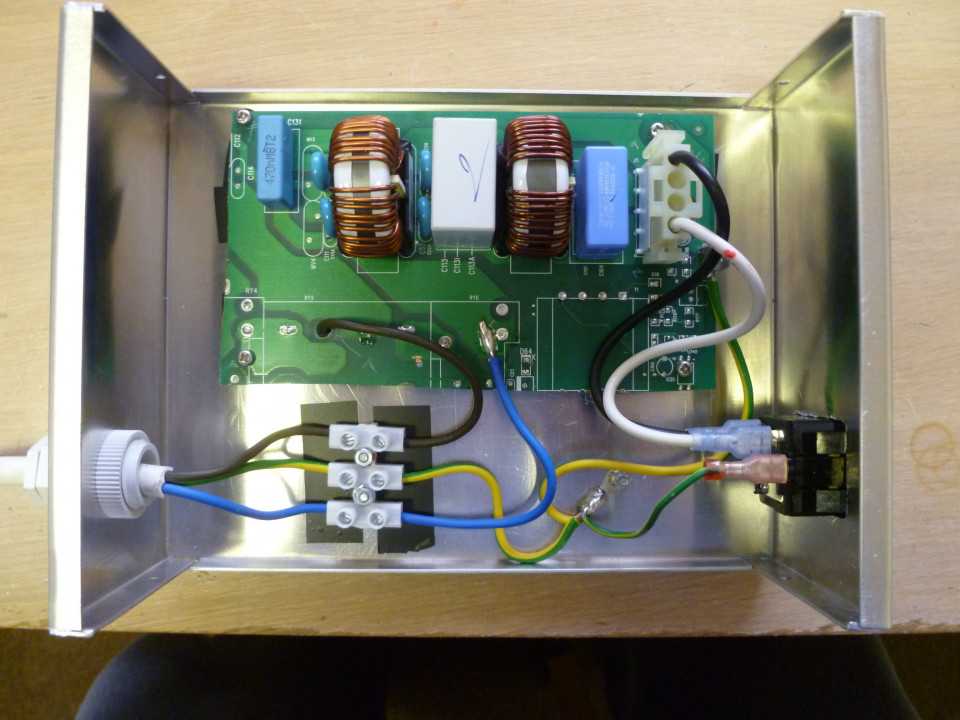 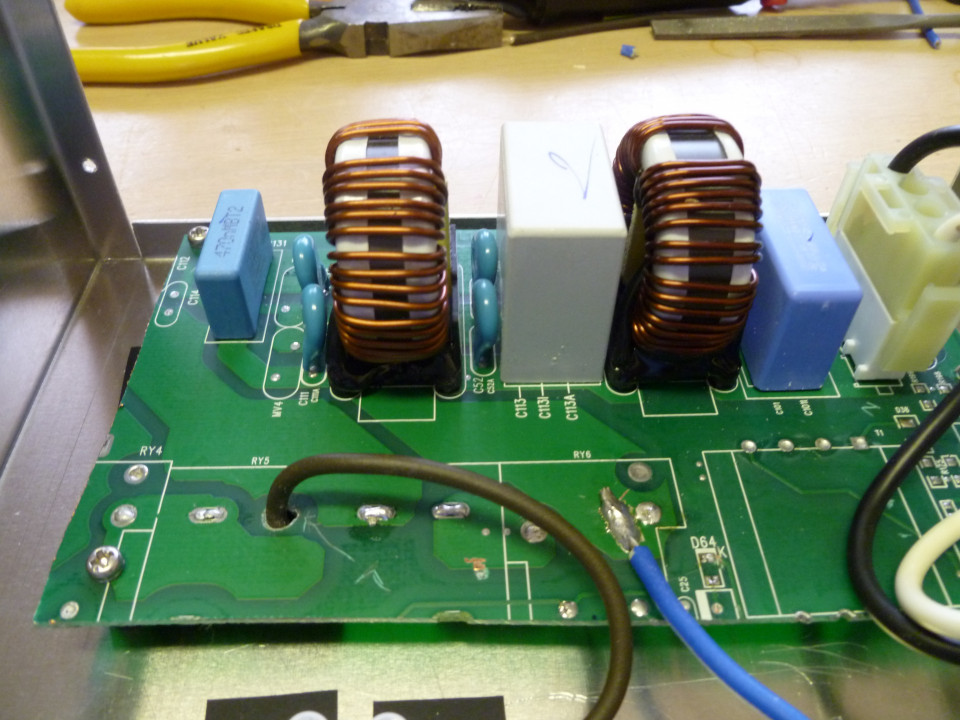 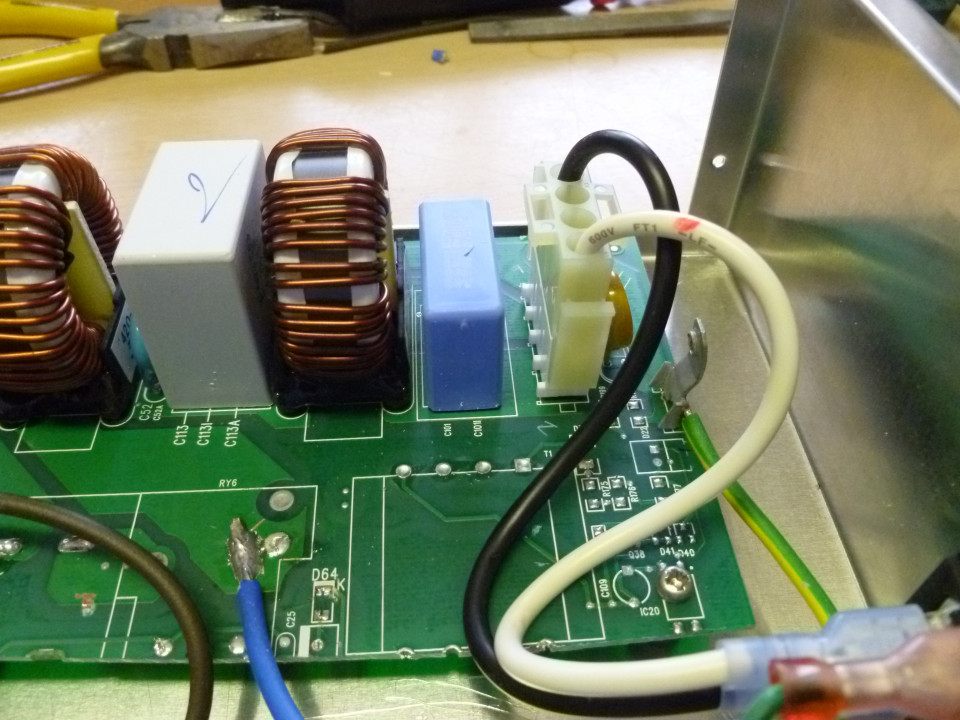 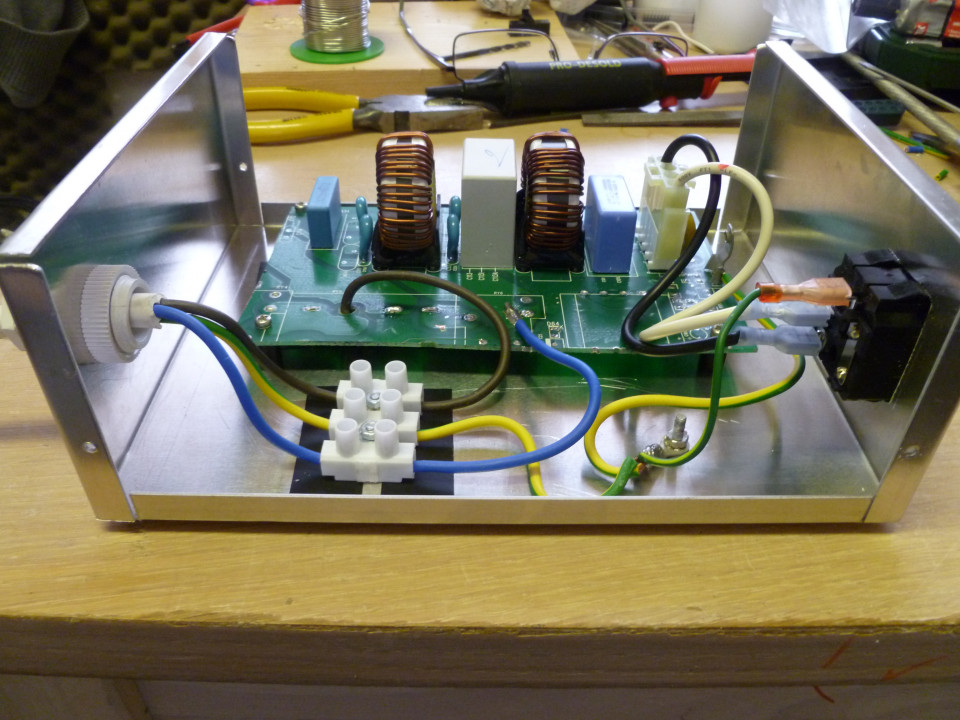 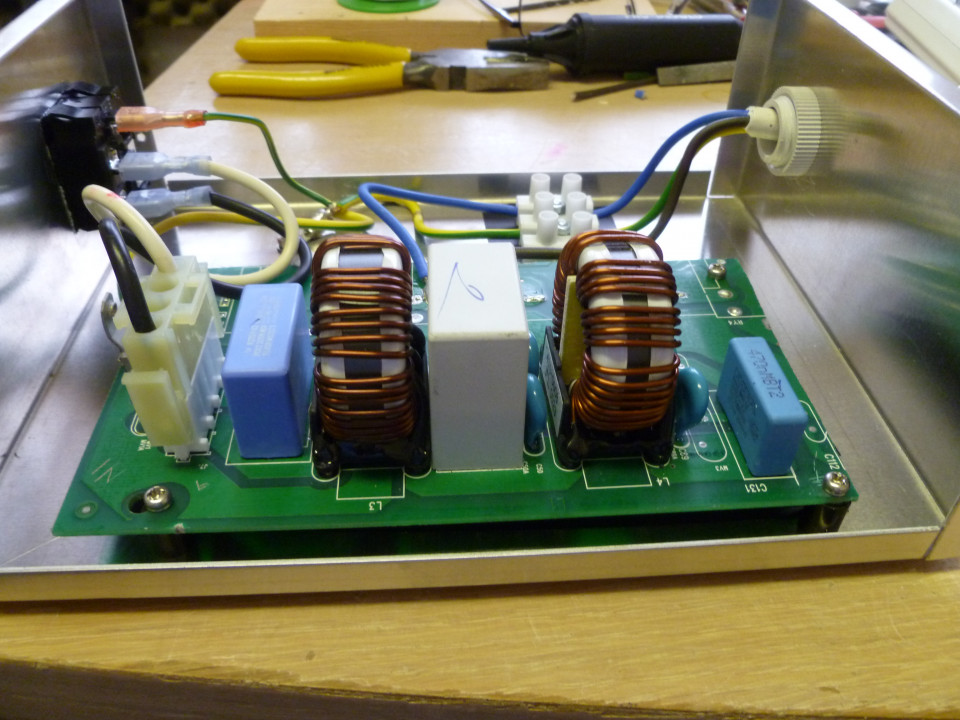 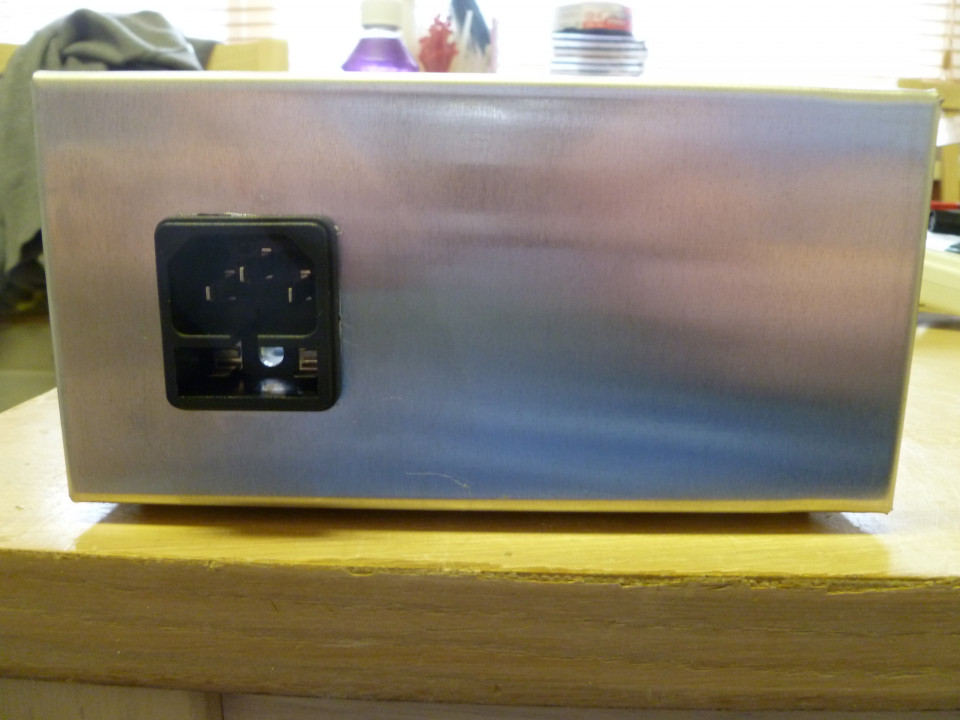